Share the 100 beautifully written 20th birthday wishes on this page via Facebook, Twitter, Instagram, Snapchat or text. Whatever birthday greeting you choose to use as inspiration, you'll make the 20th birthday of your loved ones all the more amazing.


Jump to These Sections

Jump to any section below with the 20th birthday messages you need right now. Combine or change them to your liking to write the perfect birthday greeting for your loved ones turning 20.

First, let's start with the more serious, more sincere 20th birthday wishes for the birthday girl or boy in your life turning 20 today! 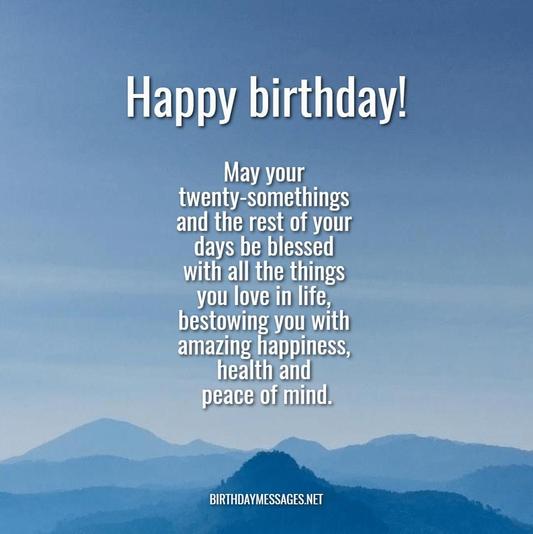 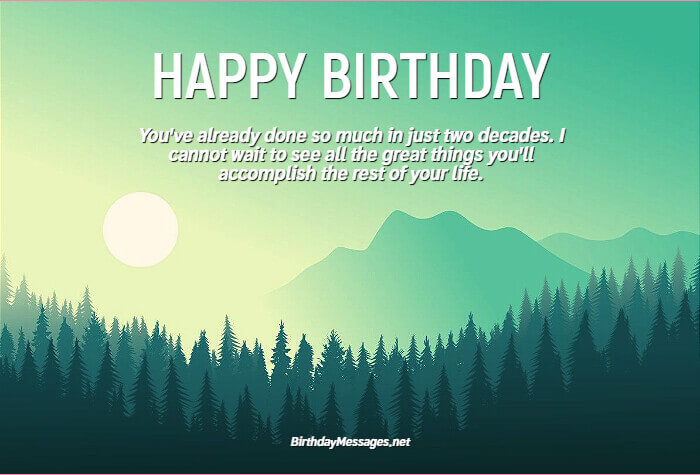 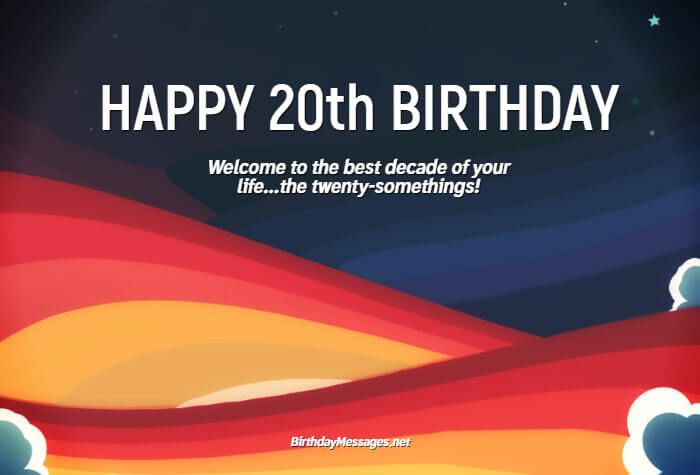 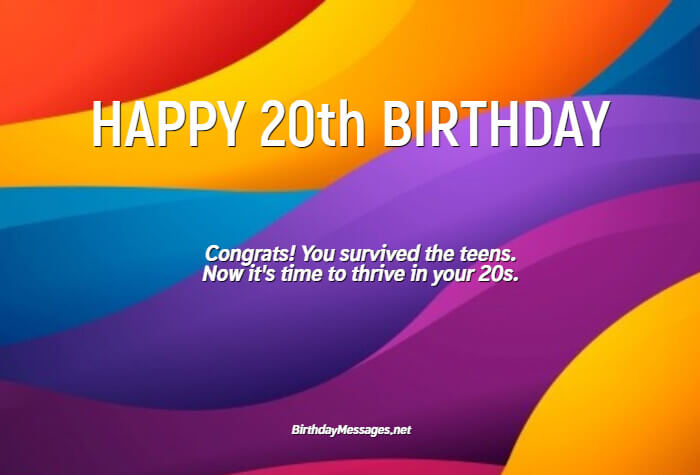 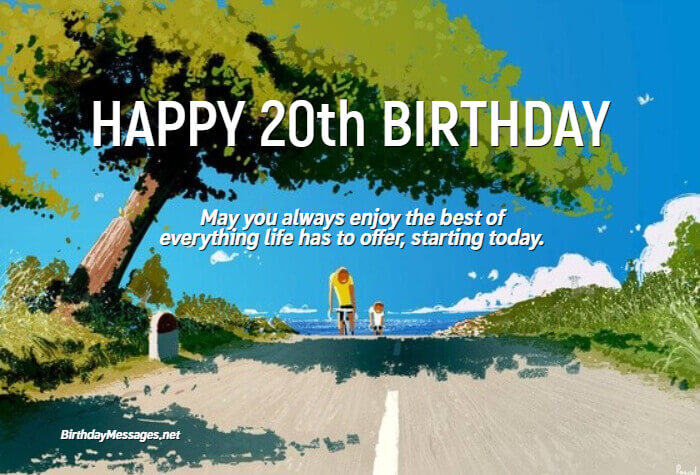 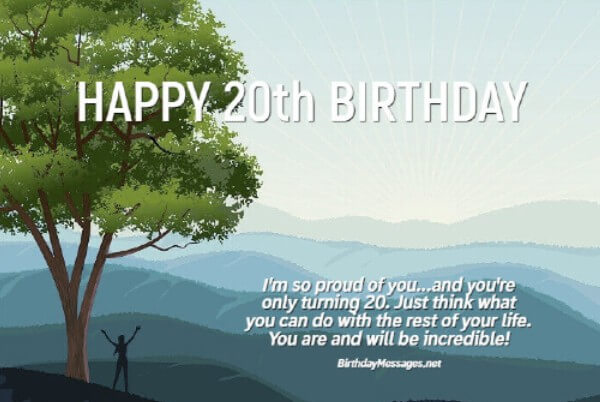 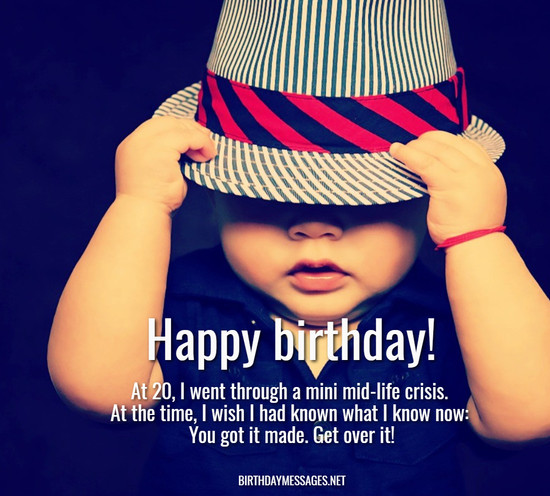 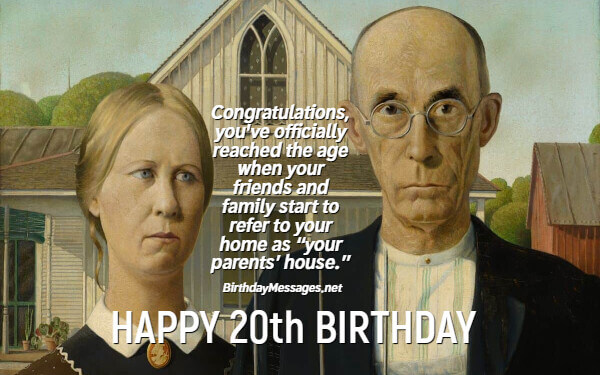 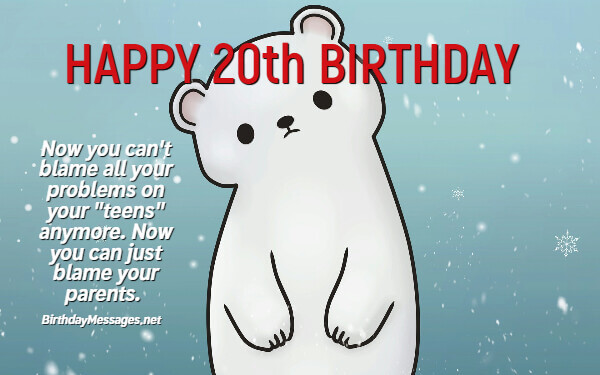 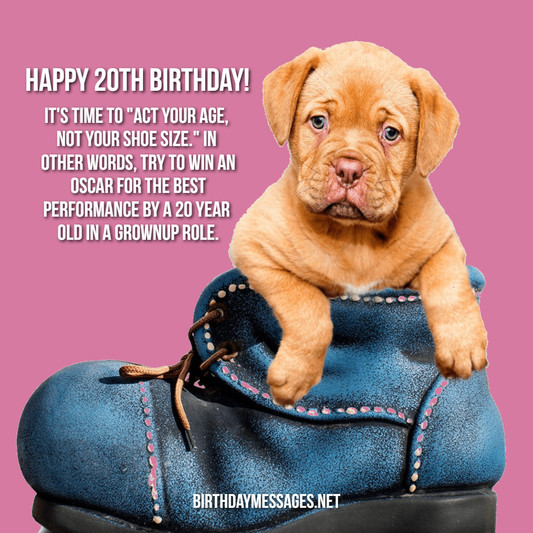 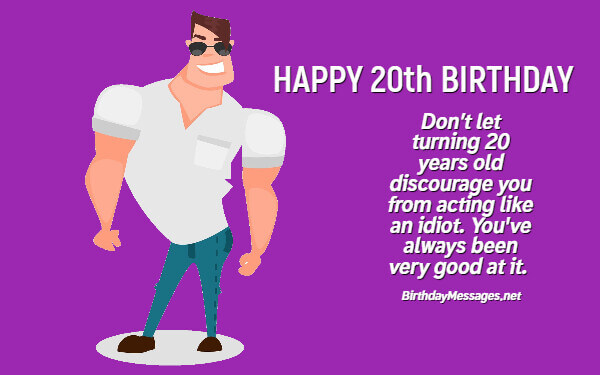 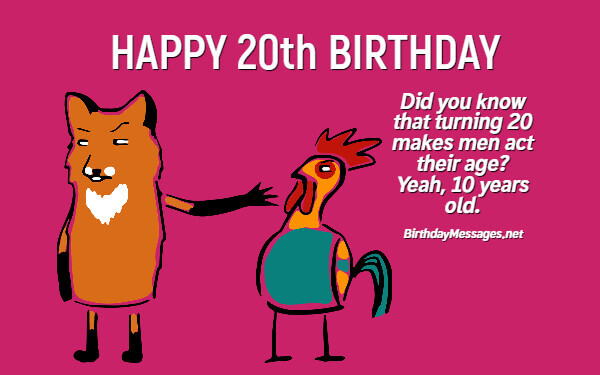 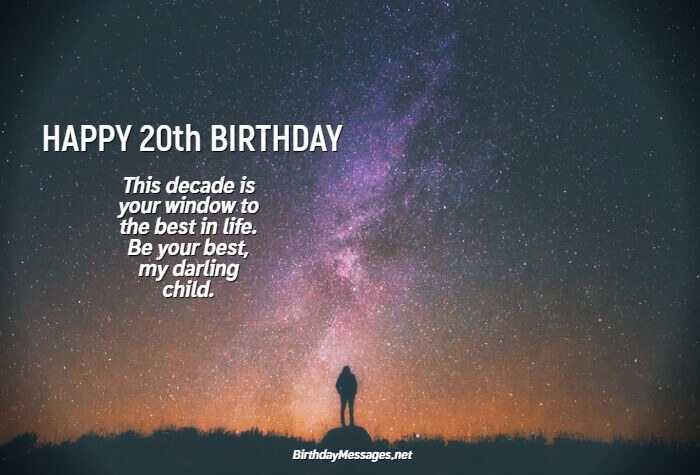 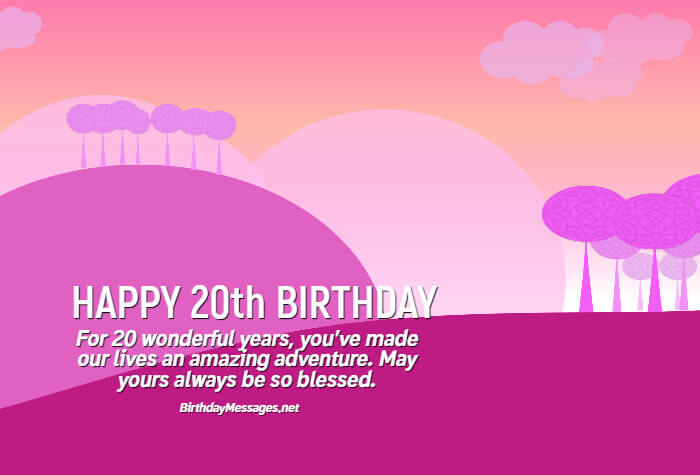 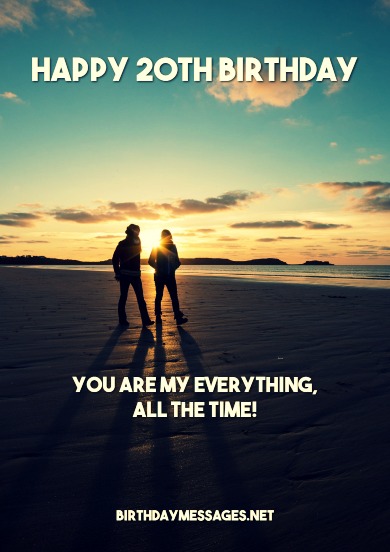 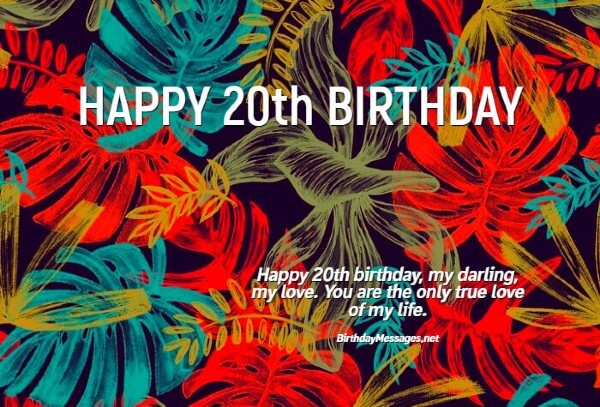 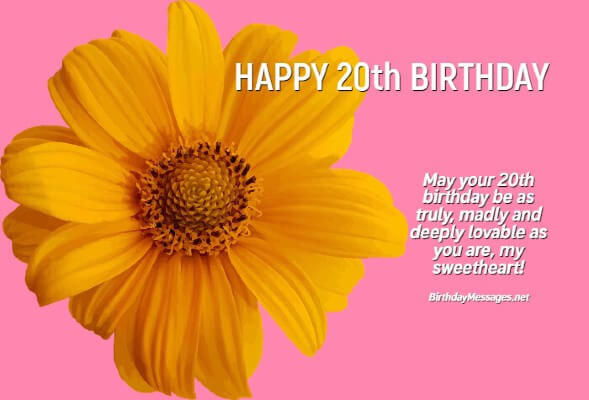 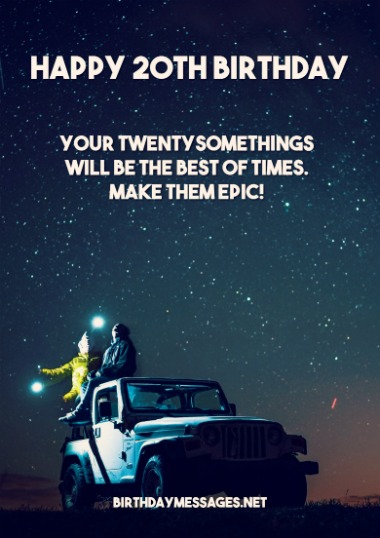 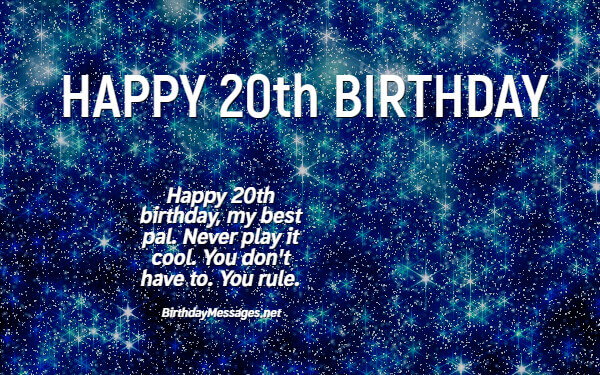 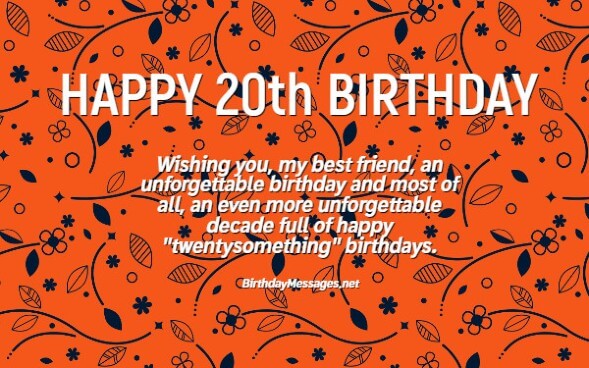 
How do you write 20th birthday wishes?

Turning 20 may not be as exciting as reaching 18 or 21 but it's still a major milestone, marking the end of the teen years and the start of the 20-somethings. This calls for birthday messages that give this occasion the blowout it deserves.

Writing typical 20th birthday wishes for your loved ones isn't, as we used to say back in the day, rocket science. But writing the right one is not as easy you may think.

Sure, if you go the "generic" route, it's pretty simple. If you would like to be a little more personal with your 20th birthday wishes, you may want to factor the importance of turning 20 into your choice of words.

If your son, daughter, granddaughter, grandson, friend, brother, sister, cousin, boyfriend or girlfriend will soon be reaching the age of 20, keep in mind the following 20 facts* about birthday boys or girls turning the big 2-0 when you write 20th birthday wishes for them:

All 20 of these facts may not apply to the birthday girl or boy but more than a few will be a roadmap to the best 20th birthday wishes, offering you the opportunity to make someone special in your life feel amazing on their special day. Now that's what I call a beautiful gift.

* This list is based on these articles: 20 Great Things About Turning 20 and 5 Things You Can (and Should) Do for Your 20-Year-Old Self.