Facing My Deepest Fear: The Deep

How I turned the tide against fear…for life.

Lift your heart with my story of how facing my deepest fear — the deep — turned the tide against all my fears, changing my life forever after. 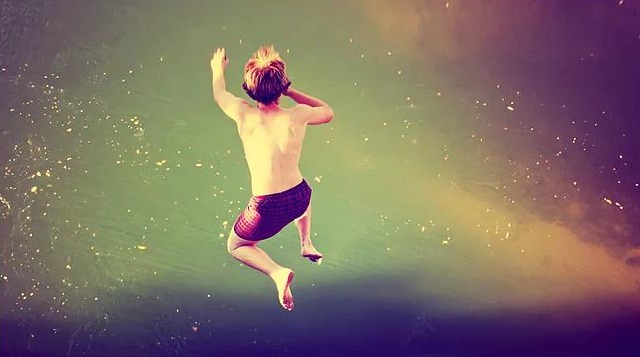 Facing my deepest fear in the deep end.

This is the first in a series of uplifting articles you can give as a birthday gift to friends and family who need an extra dose of inspiration to face their own fears. The second is about living life to the fullest.

Fear is my imaginary frenemy. Sometimes, he’s my worst enemy who lives to scare me out of commission. Most days, fear is my best friend in disguise, a blessing that scares me into facing my deepest fear of the month.

Before June of 1971, fear was far more my enemy than friend. That summer, I went to sleepaway camp for the first time, all on my own at the age of nine, harboring a list of phobias too long to mention here.

Right at the top of my list of dread was an inconvenient fear of the deep — inconvenient because this summer camp had three deep-water lakes for every watersport under the sun.

At first, nobody noticed I was terrified of deep water. This period of blissful anonymity came to a screeching halt when every camper, including me, had to take a swimming test in water so deep that I couldn’t see the bottom.

Unfortunately, the Four-Five was also a prerequisite for a three-night canoe trip that was the highlight of the summer for everyone at this camp.

All my bunkmates had passed the Four-Five test. I gave every excuse imaginable to get out of it, so that nobody would discover my shameful secret. But to no avail.

What did me in was an “all for one and one for all” camp rule, which would force my camp counselor and, by default, my bunkmates to stay in camp with me and miss the trip — if I did not pass the Four-Five swimming test.

Now, I realize that this so-called “rule” was just a ploy to motivate me, but I did not have a clue all those years ago.

At the time, I didn’t know if I was even a strong enough swimmer to do one lap, let alone four. And I had no idea if I could even tread water longer than one minute. I had never taken any swimming lessons, nor had I ever gone into a lake or pool over my neck to find out. 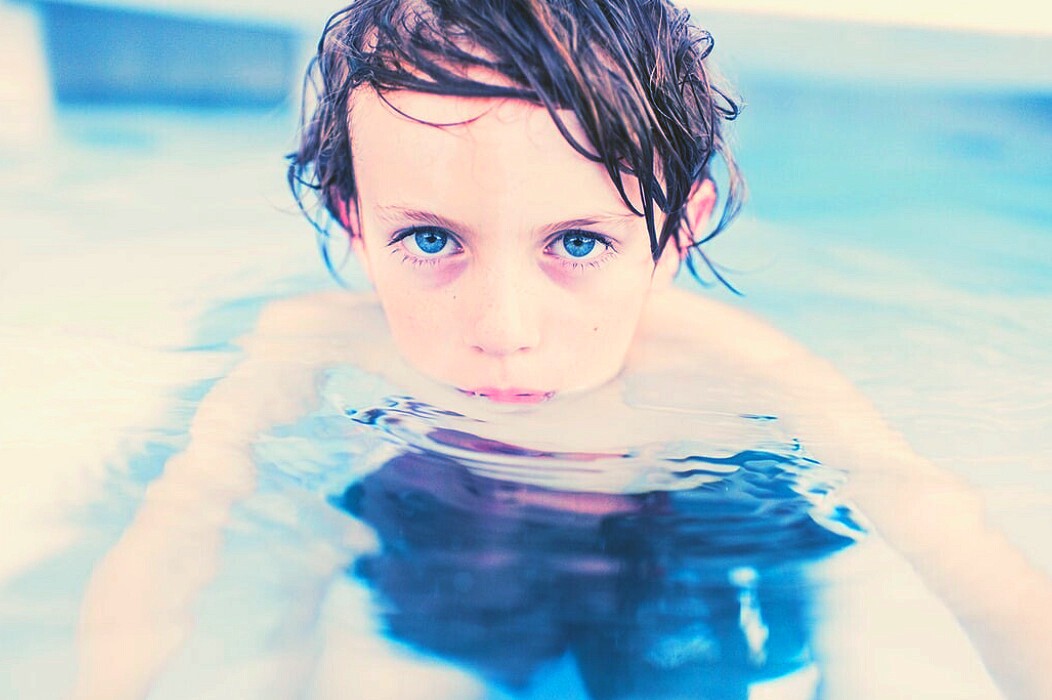 Facing my deepest fear was not an option...or so I thought.

I came by my fear of the deep honestly. Three years earlier, when I was six years old and on vacation with my family in Banff, a resort town in Alberta, Canada, I unknowingly joined a group of boys and girls two to three years older than me taking swimming lessons.

When the swimming instructor asked us to jump into the deep end of the pool and start swimming, I dove into the water with the rest of the kids. They swam to the surface after a few moments — I didn’t. I did not know how to swim. I remained at the bottom of the pool, gasping for breath.

Looking up at everyone looking down at me, I saw my father’s panic-stricken face break through the water’s surface. He had dove into the deep end and, within seconds, grabbed me by both arms, pulling me straight out of the pool in one fell swoop. I was saved.

This incident left me with a sinking feeling in the pit of my stomach that lasted the rest of the day and the entire night. Fortunately, by the next morning, I had forgotten all about this experience, like any six year old would.

Over time, though, this sense of imminent doom came back in waves, churning, frothing and cresting until it turned into a tsunami.

Now I know that psychologists call what I was feeling thalassophobia, a persistent and intense fear of deep water, which comes from the Greek terms thalassa (“the sea”) and phobos (“fear”).

How do I know I was suffering from thalassophobia? Because when I got old enough to care about my mental health, I went straight to the best source for diagnosing psychological disorders — the American Psychiatric Association (APA).

According to the APA Diagnostic and Statistical Manual of Mental Disorders, I exhibited the most common symptoms of thalassophobia:

These emotional symptoms caused me no lack of mental anguish, preventing me from enjoying everything the beach and sea had to offer.

At the time, I didn’t even know why I felt this way. It had never occurred to me to connect my near-drowning to these feelings. I just knew that my heart raced, my head swam and my stomach sunk, whenever I was near water.

Just a fish out of water

For the next three summers, until the age of nine, facing my deepest fear was not an option. I stayed on the sidelines, avoiding deep water of any kind. That was until I was the only boy in my bunk who would not even try to pass the Four-Five swimming test, the boy who would force everybody else to forgo their first canoe trip.

My bunkmates had no intention of letting me sabotage their beloved adventure. Nor did my camp counselor. I was given an ultimatum: I had to at least try to pass the test.

I could have told everyone in my bunk about my fear of deep water but I wasn’t about to give them any ammunition to humiliate me the rest of the summer. I already had enough anxiety to fill all three lakes at camp.

So, ultimately, I was scared into taking the Four-Five swimming test. I wish I could tell you that a wave of peace suddenly washed over me, but I can’t. Not yet. Instead, that old sinking feeling came flooding back the moment I accepted my fate.

If I had been just a few years older, with access to drugs or alcohol, I may have reached for a quick fix to this predicament. At the time, though, the part of me who listened to my conscience, even at nine years old, knew that diving into the deep end of the lake was the right thing to do.

Within hours, I would find out for myself.

Facing my deepest fear turned the tide against all my fears.

Diving into the deep end

On the morning of the swimming test, before anybody was awake in my bunk, my counselor brought me to the camp’s waterfront to take the Four-Five.

With only the chilly, early morning dew and fog to greet me, I slowly made my way, alone, from the damp beach to the dock. Walking by the shallow first area of the waterfront, past the deep second area, to the bottomless third area, I shook more from nerves than the cold.

Facing my deepest fear was now a reality.

I must have looked like a fish out of water. The Head of Waterfront, a 20-year-old girl, took one look at my face and saw right through me. She instantly knew my dirty, little secret.

“Hey, baby blue,” said my soon-to-be savior, referring to my scared, blue eyes. “You have nothing to fear. I will be your swimming buddy every stroke of the way.”

And that’s exactly what she did, from start to finish. She gently helped me into the water and walked along the dock only a foot away from me as I swam my laps. She even got into the lake to tread water with me.

“Well, baby blue, you’ve officially passed the Four-Five,” my angel of mercy said to me when I finished treading water. “Why don’t you go for your Twelve-Seven? You’re already in the lake.”

So I took the Twelve-Seven test, ending up as the only kid in camp under the age of 13 who had passed it. A wave of self-pride washed over me as I finished the final lap, facing my deepest fear at last. I had turned the tide against the fear raging inside me. 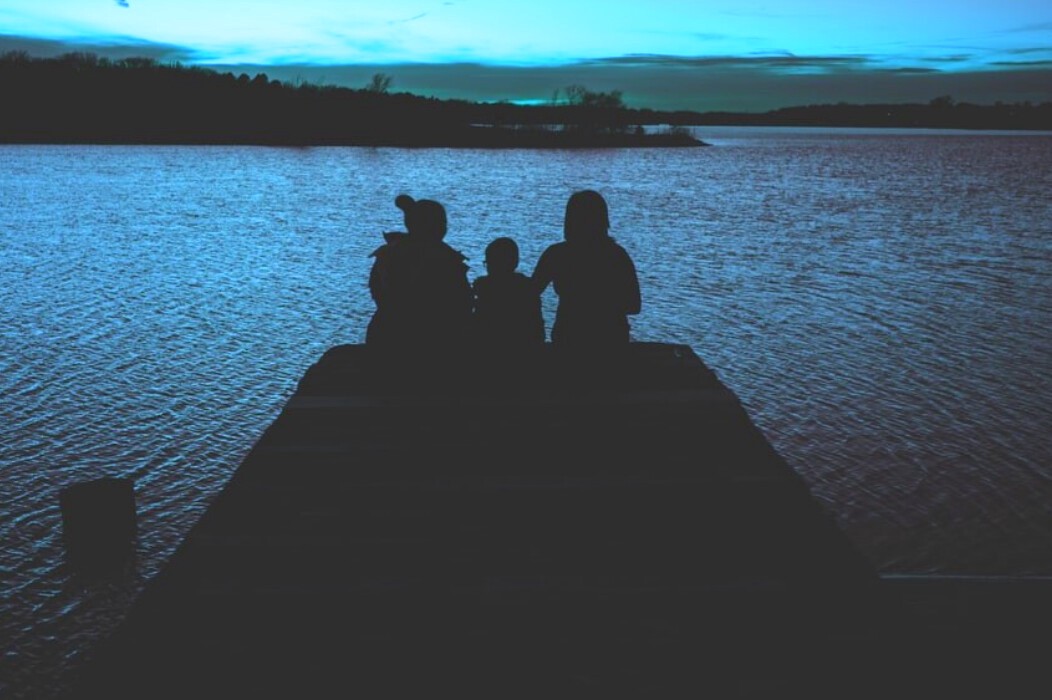 Facing my deepest fear made me see my inner strength.

That morning, I learned a valuable life lesson: facing your fears can be as liberating, refreshing and empowering as diving into the deep end. I could see, as my head bobbed in and out of the water, fear would be my imaginary frenemy who could scare me into action the rest of my life.

A final word about facing my deepest fear